I apply the lens of design thinking to craft product experiences.

Skeleton Chase was an alternate reality game (ARG) created by Lee Sheldon and played at Indiana University Bloomington with sponsorship by the Robert Wood Johnson Foundation. As Sheldon’s research assistant, I helped him strategize, coordinate, and run three iterations of the ARG:  for two semesters with ~200 college students and then for three days throughout the course of a week with Coca-Cola corporate executives.

The purpose of the game was to promote physical activity and a healthy lifestyle among college freshmen. It involved an interactive fictional story—a mystery that took eight weeks to solve—unfolding across a variety of media (e-mail, web sites, phone calls from fictional characters, physiological monitoring), and real-world physical and mental challenges that players had to surmount to gather clues. 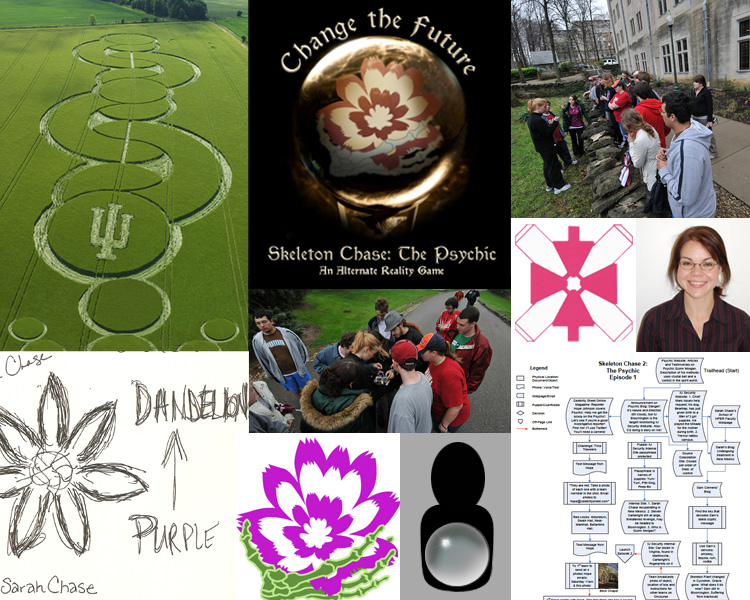 Collection of game assets I created for the ARG and photos from the game, along with a story flow for one week of game play. 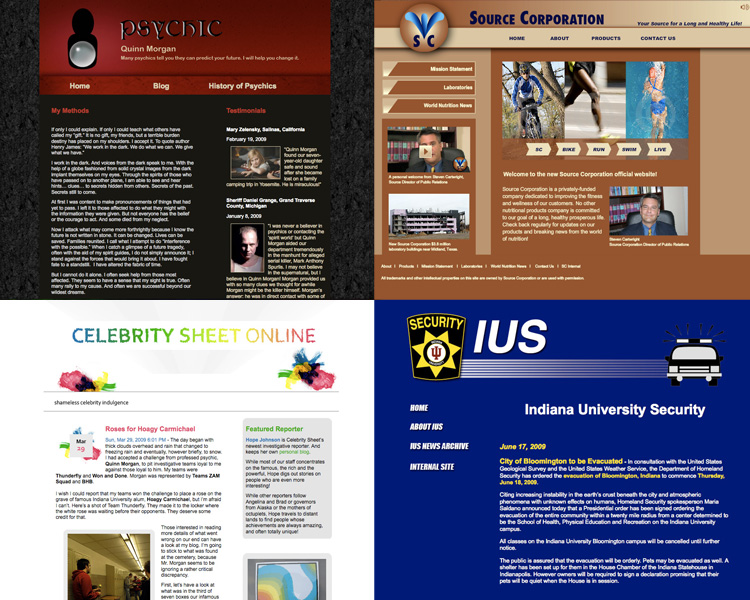 Landing pages of websites I created for characters and locations in the game.

Game outcomes: After taking a baseline measure of physical activity among the students using FitLinxx Actipeds, students were instructed to accumulate 50,000 steps per week while playing Skeleton Chase. If they reached that threshold, they were rewarded with points impacting their standing in the game. Some players were more engaged than others, accumulating over 100,000 steps for some weeks. One week, a team had every player accumulate 100,000 steps.

My responsibilities: 2D graphic design of game elements, design of websites used for characters and experiences in the game, web development of sites using WordPress, coordination of gameplay with players, and game design support and strategy.